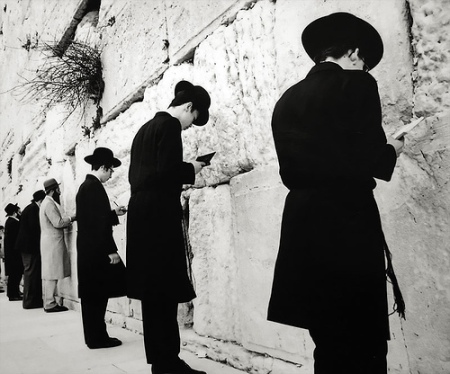 Tin Machine seemed like a quartet of randomly selected individuals who were collaborating for some sort of prize. Reeves Gabrels had the clearest of motives—being in the band gave him international exposure and let him work with David Bowie on favorable terms. “Tin Machine” was just the handiest vehicle to do so; he would’ve been equally content as the next Carlos Alomar. For the Saleses, it was vindication for a decade spent on the margins, a classic example of sideman’s revenge.

Bowie seemed most taken by the abstract idea of being in a band, and he had a convert’s punctiliousness to the rules and traditions of his new sect. So he demoted the band’s rhythm guitarist and keyboardist, Kevin Armstrong, to a second-tier member (as a commenter pointed out, Bowie assigned Armstrong the “Ian Stewart” slot). For Bowie, a “band” apparently meant the Beatles mold of two guitars-bass-drums and four distinct visual personalities; even the Machine’s stage arrangement—Tony Sales stage right, Bowie center, Gabrels stage left—was close to the Beatles’ typical lineup (though Bowie should have taken the Lennon spot instead of Gabrels). Armstrong, although he would play with Tin Machine on its first tour, was a face too many for the LP cover/publicity tour, and perhaps Bowie felt that Armstrong, an unassuming-looking man, lacked the necessary visual “presence.”

So during the second round of Tin Machine sessions in Nassau, in late 1988, Bowie visited Armstrong’s bungalow to break the news that he wasn’t going to be a full Tin Machine member. According to Paul Trynka, Bowie delivered the blow politely and graciously, and he gave Armstrong prominent credit on the album sleeve, including a photograph. Armstrong was disappointed but seemed to bear Bowie no ill will, as he later worked on Outside. But after the 1989 mini-tour and a few early sessions for Tin Machine II, Armstrong was done, and went off to write songs with Morrissey.

Ironically, Armstrong was the one member of Tin Machine who seemed fully committed to the band—he was the only supporting player in a group of would-be lead actors. Each successful group has needed such a figure: the honest broker through whom other parties can negotiate, or just someone who’s funny or unobtrusive enough that he or she bothers no one (e.g., Ringo Starr, Joey Santiago, Rick Danko, Gillian Gilbert, Charlie Watts, Greg Norton, etc.). Armstrong was especially valuable in a garrulous collection like Tin Machine, as his rhythm guitar is sometimes the only thing holding tracks together, like the brittle-sounding riff low in the mix that keeps “Tin Machine” on course.

During the Tin Machine sessions, Armstrong co-wrote the music for “Run” with Bowie.* Unsurprisingly, as Bowie and Armstrong had worked on Blah Blah Blah together and as Armstrong had been lead guitarist on the subsequent tour, “Run” seems meant for Iggy Pop, especially the chorus, whose climactic “runnn” seems crafted for Pop’s baritone. Bowie claimed some ownership with his verses, whose vocal melody is similar to “Loving the Alien” and which he delivers at an angle, singing through bars and varying his emphases with each line. Built, verse and chorus, over a nonstop G-E-Am-F progression, “Run” offers some pleasures, like the guitar hook, Armstrong’s arpeggiated near-octave rise and fall pattern against which Gabrels prods and batters. But it ultimately comes off as mildly-ambitious filler on an overstuffed record.

Recorded ca. August 1988 at Mountain Studios, Montreux, and/or Compass Point Studios, Nassau, Bahamas, ca. November-December 1988. Played on most of the dates of the Machine’s 1989 tour.

* “Run” wasn’t on the LP issue of Tin Machine, so it could be considered a bonus track. But as the majority of people in 1989 (and later) bought the album on cassette or CD, both on which the track appears, “Run” (and “Sacrifice Yourself”) seem firmly part of the album proper. Even the official sheet music book includes the songs.