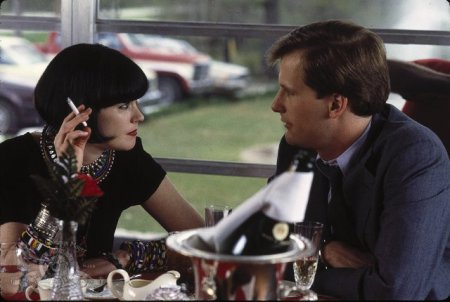 Before recording Blah-Blah-Blah, Bowie, Iggy Pop and David Richards went through a stack of contemporary albums to find a sound. They liked the drums on Springsteen’s Born In the USA and Prince’s mid-Eighties records, but they were especially taken by Public Image Ltd.’s Album (or Cassette, or Compact Disc, depending on its medium),* with Bill Laswell’s massive production on the record. John Lydon had sacked his touring band for studio guns like Steve Vai and legends like Tony Williams and Ginger Baker, whose drums Laswell mixed so loudly that they were like a sustained aerial bombardment. Album was, in a way, the culmination of Lydon’s goal with PiL: to make an anonymous, vicious corporate rock record, one that jeered at the people it made dance; it was a faceless board of directors issuing songs about torture, capitalism-as-narcotic, betrayal.

But where Laswell had a cast of top players (including Miles Davis, who he didn’t even use) on call in New York’s premier studios, Bowie and Pop were making a record on the cheap in Switzerland (as Pop didn’t have a record deal, Blah was entirely self-funded), reusing chips on Roger Taylor’s Linn, and leaning on Erdal Kizilcay to do the work of ten players.

Kizilcay was a Turk, born in 1950, who had gone to Istanbul’s equivalent of Julliard, where he was required to learn every instrument in the standard orchestra. So he could play everything from violin to French horn to oboe to vibes to drums (though his specialty was bass and guitar). Bowie met him in Switzerland, where Kizilcay was playing at a local club and, as a gimmick, switched instruments throughout the evening. For Bowie (and fellow Swiss exile Freddie Mercury), Kizilcay was a godsend—as he could play any instrument required, he could serve as a one-man band for demos, enabling Bowie to quickly get new material down without the bother of hiring or shipping in players. So Kizilcay helped Bowie make the Let’s Dance demos, and designed the template for what would be Never Let Me Down (which caused some trouble, as we’ll see).

But where Kizilcay’s strengths lay in his versatility and improvisational skill, using him to basically sub for a rock band but on a budget, had its downsides. “Baby, It Can’t Fall,” a song for which Bowie wrote the music, in particular suffers from a sense of cutting corners, as there’s a flatness, a tinniness to the sound that the overcrowded mix, with its yo-yoing Pop vocals and occasional synth whooshes, can’t disguise. Pop’s wild declaration of love in the chorus—defying the world, defying death—demands something mightier than a Casio horn riff (even the Borneo Horns would’ve been better). The cheery opening hook seems out of place; worse, it’s almost directly lifted from Huey Lewis and the News’ “Heart and Soul.”

Still Pop sings “Baby It Can’t Fall” compellingly, with power and muscle, Kevin Armstrong has a gritty solo that you wish would go on for longer (there’s a brief moment in the coda where it seems like there’s going to be a duel between Armstrong’s guitar and Kizilcay on organ, but it goes nowhere), and the song itself is fine, another of Blah‘s testaments to perseverance, of elation at being alive and betting the house on the promise of the present. Pop took the song on the road in late 1986, and some recordings of it—recast as a sparring match between guitar and organ—have more weight and presence than the studio take (even if Armstrong seems to forget the opening riff in the NYC Ritz recording).

* By rights, the collection should called MP3 or RAR on iTunes/Amazon.