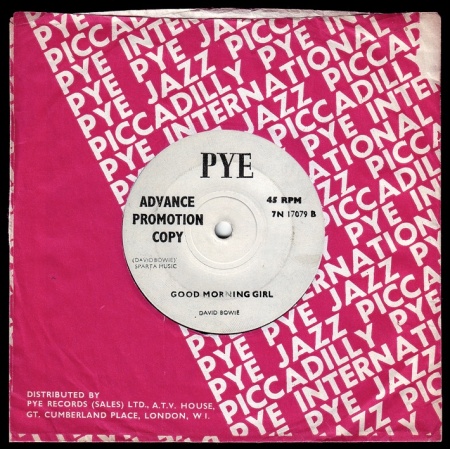 An odd one-off, the swing-pop “Good Morning Girl” (Bowie scats!) has more vitality than its flip-side, if it’s as much a stylistic dead-end. It’s something of a rough mix of the young Van Morrison (in Them), Georgie Fame and the Dave Clark Five’s “I Need Love.” A curio, but a fun one at least: Bowie never sounded quite this ebullient again.

Comments Off on Good Morning Girl |