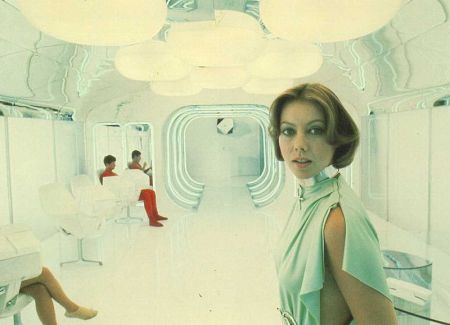 As a counterweight to Bowie’s sonic experiments on The Idiot, Iggy Pop turned half of the songs on the LP into distress letters, pieces of messy humanity. The singer’s looking for sex, companionship, even some tenuous connection, yet there’s a grubby neediness and desire for control underneath his sentiments. “Baby” is the weariest of the lot, a song where Iggy, beaten down by experience, tries to preserve his girl’s innocence (“you’re so clean…you’re so young”) by warning her that the world’s intentions are unjust. He offers his own fallen, broken self as an alternative; it’s the devil she already knows.

Another of The Idiot‘s assembly-line song structures, “Baby” is in four sections that repeat until the fadeout, with only minor variations: a 4-bar intro with a schoolyard melody on synthesizer, a descending bassline (doubled by piano) and two guitars responding to each other’s terse phrases; an 8-bar chorus where Pop sings the opening melody while backing vocals moan (the latter mixed louder in subsequent repeats); a 6-bar verse with an unvarying lyric (“we’re walking down the street of chance…”); and a 4-bar bridge (“baby there’s nothing to see”) that offers the only real departure in the song, with Bowie doing a flourish on synth and Pop sounding in debt to Jim Morrison. It’s telling that the musical liberation comes while Iggy’s at his most nihilist.

“Baby”‘s a generally-forgotten song, which Pop never performed live, with its monotony (it probably could’ve been cut by a minute) weakening any sense of menace. With Laurent Thibault on bass and Michel Santangeli on the barely-there drums, and a typically murky and distorted mix (a snippet of Bowie studio chatter is left in at 0:46).

Recorded June-August 1976, and served as the B-side to both of The Idiot‘s singles, “Sister Midnight” and “Funtime.”