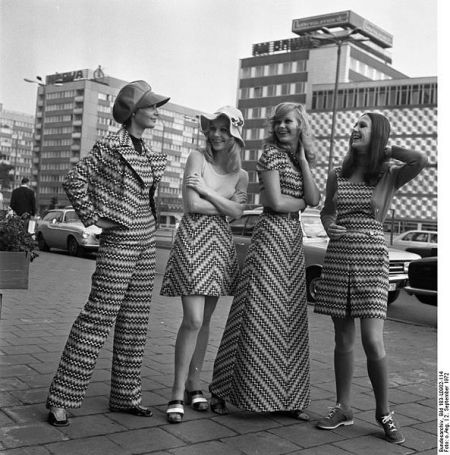 In the last months of 1970 David Bowie sat alone at his piano in Haddon Hall in Bromley, day after day, writing songs. No one knew him when he went out into the street. He was composing more for others than for himself. The songs piled up around him, fictions for an inhospitable world.

By July 1973 Bowie had become a name and a face: he was as striking and as recognizable as a cereal box logo. He had sold-out shows, had five LPs in the UK Top 40 (including #1, Aladdin Sane), and even a reissued “The Laughing Gnome” would hit the Top 10.

And it was ending just (seemingly) as it was starting. The band he had casually assembled in 1970 was breaking apart. Woody Woodmansey (radicalized by his conversion to Scientology, and asking for more money) was gone, Trevor Bolder would soon follow him. Even Mick Ronson was wondering where he stood.

So five days after he announced his retirement on stage at the Hammersmith, Bowie left for France, for the Château d’Hérouville in Val-d’Oise. He was going to make a covers record.

My Top Ten of the period. A tough call:

Top: Ilsa (l) narrowly won the contest, having used the most square yardage of polyester curtain fabric to make her leisure suit. Heike (2nd from r) smiled but was consumed with silent hatred. She had thought her maxi-dress was a sure winner, and later that day she set fire to it in a trash barrel (Bundesarchiv: “Leipzig, Messe, neue Mode,” September 1972). 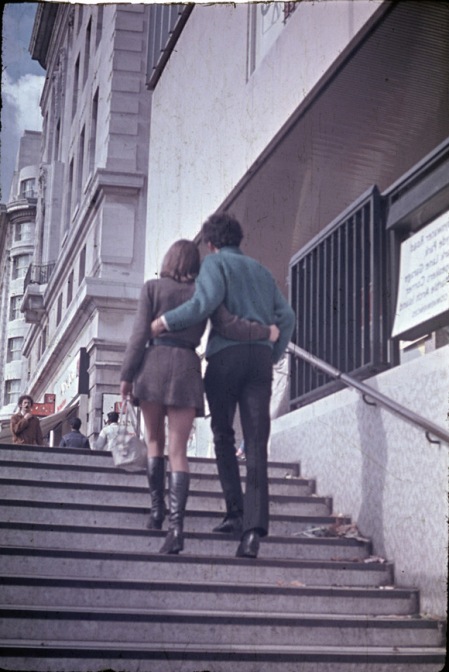 In July 1970, having cut The Man Who Sold the World and “Holy Holy,” Bowie went into hibernation (well, aestivation, to be precise). Everything was on hold. No shows, no promotions, no studio sessions. Mick Ronson and Woody Woodmansey dejectedly went back to Hull (Ronson even fell into a depression). Tony Visconti, who was about to produce a run of chart-topping singles for T. Rex and who was wary of Bowie’s new manager Tony Defries, told Bowie he couldn’t work with him anymore. The two parted outside Defries’ office on Regent Street, not to meet again for years.

The silence was partly strategy. Defries was negotiating to get Bowie a better record deal than his current one with Philips/Mercury, whose contract would expire once Man Who Sold the World was released. Bowie’s publishing contract with Essex Music was also expiring, and due to Bob Grace at Chrysalis Music’s love for “Holy Holy,” Bowie landed a new publishing deal with Chrysalis in October (giving Bowie a much-needed £5000 advance).

So in the latter months of 1970 Bowie simply wrote, song after song, many of them on a piano he had brought into Haddon Hall; he later demoed many of the pieces at Radio Luxembourg’s studios. In 1971 Bowie would at last go to America and would record Hunky Dory and most of Ziggy Stardust: alone at his piano, Bowie laid the framework for a miracle year.

Top five from the “Philips/Mercury” era:

The Man Who Sold the World.
Conversation Piece.
Space Oddity.
After All.
Unwashed and Somewhat Slightly Dazed.

This seems a good place to pause and take a breath. Next in line is the first Big Bowie Song (oh, you know which one it is), so I’ll need some time to get the entry together.

For four years, David Bowie had been trying to become a pop star. He made nine singles, one LP, and went through six bands, three managers and four labels. By the end of 1968 he was in a folk trio scrounging for gigs, didn’t have a record contract and had a girlfriend who wanted him to get into something more respectable. The Bowie story easily could have ended right then…

For what it’s worth, here’s my Top 10 from this period. What’s yours?

Silly Boy Blue.
The Laughing Gnome.
The London Boys.
There Is a Happy Land.
London Bye Ta-Ta.
Baby Loves That Way.
Karma Man.
I Dig Everything.
Can’t Help Thinking About Me.
Liza Jane.