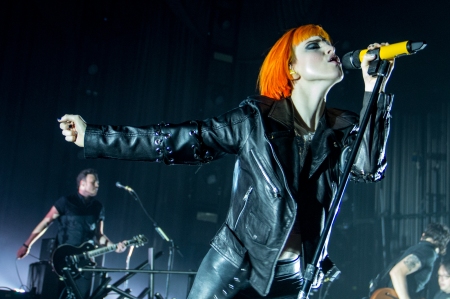 Ziggy Stardust was, in his creator’s words, a prefab rock star, a plastic rocker. Bowie tended to work out of sequence: he’d create something, kill it off, then look back in interviews and devise what his intentions had been. So Ziggy, he later said, was his fabricated rock performer, fashioned out of collective rock memory; he was a mannequin who sang on a few records and was soon dispatched.

Thing was, the sound of The Rise and Fall of Ziggy Stardust and the Spiders From Mars isn’t prefab 1971-1972 rock at all, with the possible exception of “It Ain’t Easy,” its bog-standard rock moment. Ziggy Stardust is shabby provincial music hall pop, shot through with bolts of Mick Ronson’s guitar, and lifting lines and sounds from horror movies, Fifties novelty singles, Beat poets and Kubrick films. You could find Ziggy a clunk-work of irreconcilable influences, but you really couldn’t argue it was “plastic.” It sounded too snippy and weird; it’s unassimilable. Even today, when “Suffragette City” turns up on a Pandora “Classic Rock” playlist, it stands out from “Lay Down Sally” or “Whipping Post” or what have you. It sounds like a vicious knock-off of classic rock standards: a track scrapped together by feral theater kids who managed to snare an ace guitarist and a Moog.

It’s one of the central ironies of Bowie’s work. Even when he tried to create mediocre, keep-your-head-down music, he kept making stuff that couldn’t quite pass. His mannequins would bother and even unnerve shoppers. “Shake It” is pretty dire 1983 R&B, but it wouldn’t have passed muster on many R&B stations of the time—its odd lyric, which Bowie seems to lovingly mock as he sings it, stringing phrases across bars; its fanatic castrati backing vocals; its lumpen rhythms. 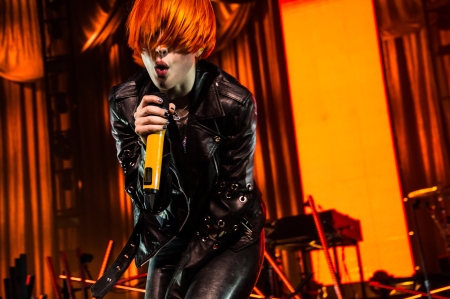 On a bonus track released in 2013, Bowie seemed to pull off the trick at last. “Atomica” begins as simulacrum, drawing from the past three decades of music without grounding itself in any. Its opening 30 seconds could play anywhere—an Urban Outfitters, a Cheesecake Factory, or in the background of a home improvement show or a Korean cartoon—and wouldn’t draw attention. The lead guitar riff, nicely keeping in bounds; the tastefully popped bass; the seemingly programmed cymbal fill; the first lines—I’m just a rock star, stabbing away. All safely anonymous, as is the refrain, whose lyric seems to have been generated by bots.

But by the refrain, things have started going awry. Bowie jams twice as many syllables as should fit into his verse lines (“when-you’re-head-o-ver-heels-and-the-magic-is-there-but-im-POSS-i-ble–POSS-i-BLE”). He sings “police” like “puh-leeze,” rhymes “covered-up pool” with “purple tulle.” And after the second refrain, the track sinks into a hole of fixation, with Bowie moaning that “I….hold myself…like a god,” over and over again, until he looks ready to abandon the song. Snare drum fills and synthetic strings don’t rouse him. It takes the opening guitar riff, working as a defibrillator. “Atomica” marches out in its crooked way, stamped as yet another Bowie song.

“Atomica” started in the first wave of Next Day sessions in May 2011 (Gail Ann Dorsey’s on bass) but it needed more work, Tony Visconti said. Released as one of the Extras, it shares with its fellow bonus tracks a cheekiness, a sense of randomly-aimed parody, a labored looseness. “How others must see the faker,” Bowie once sang. But he was never a good faker, it turned out. He was the sort of counterfeiter who couldn’t resist altering whatever piece he was fabricating, so that any close look would reveal a forgery with its own strange intentions.

This entry was posted on Monday, November 16th, 2015 at 11:11 am and is filed under The Next Day: 2013. You can follow any responses to this entry through the RSS 2.0 feed. Both comments and pings are currently closed.