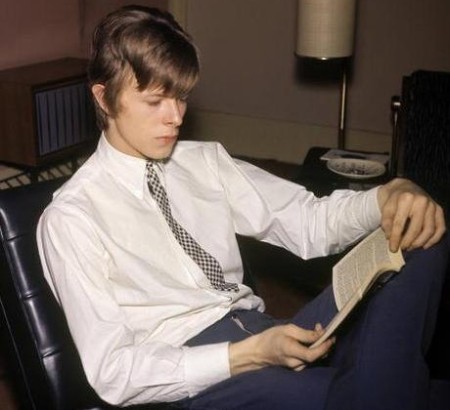 (“But what about Blackstar, Chris?” Well, Blackstar can wait. Maybe late summer or fall 2016, whenever it works out.)

I’d like to ask you for your favorite Bowie songs and albums. Your top 30 songs, top 10 albums, to be precise. You send them in; I compile them; the ones that get the most votes wind up in “Bowiesongs’ Top 50 Best Bowie Songs” and “Top 10 Bowie Albums,” which I’ll put up in January, once the song entries are done.

You’ve plenty of time. The deadline is Monday, December 7, which does mean that there will be time to put the “Blackstar” single into your top 30. Sure, bump “Sweet Thing” for a song that came out like a week ago; it’s your call.

Any song that was sung, written or performed by Bowie qualifies, from “Liza Jane” to, yes, “Blackstar.” Bowie’s James Brown covers? Fine. “Rupert the Riley“? Hell yes. The songs he wrote for Ronson? Yes. The Leon suites? Absolutely but be specific about which one(s). The fragment heard in a documentary? Why not? Peter and the Wolf? OK, you sentimentalist. A song that the blog didn’t even cover (but book 2 will)? Sure. Here’s an incomplete list of Bowie songs. Here’s another. Also check out all the categories on the right-hand side of the blog. The “Chapter Ends” entries might give you some good tips.

What doesn’t qualify: songs that Bowie only produced (Lou Reed’s Transformer, Mott’s All the Young Dudes LP, the non-Bowie-written Iggy Pop songs (yeah “The Passenger” is borderline, given DB’s prominent vocal, but for the sake of consistency it doesn’t qualify)), songs that Bowie only played saxophone on, and misidentified bootleg songs he actually had nothing to do with.

It’s simple enough. Send me an email at bowiesongs@gmail.com. Put in the subject line: POLL. Then list, either as an attachment or in the email itself, your top 30 Bowie songs and your top 10 albums. Each song will receive one point except for your #1 song, which will get 5 points. So choose your #1 wisely. Same with albums: 9 albums get 1 point, the #1 gets 5 points.

Please don’t do the thing where you can’t decide, and so you send in like 53 songs with a bunch of “ties.” Be brutal, people. 30 songs, 10 LPs only. The 50 songs and 10 albums that get the most points as of the deadline make the cut.

Even if you’ve dropped off reading this blog but come across this post—send something in. It’s my way to honor the readership that’s built up over the years. To misquote Chrissie Hynde: “you call the shots, and I’ll follow.”

Additional stuff that came to mind after I wrote this:

* Multiple versions of songs that weren’t fundamentally changed in their remakes count as one “entry” (“China Girl“, “Space Oddity,” the Toy remakes of “London Boys” et al). All versions of “Memory of a Free Festival” and “It’s No Game” and “Cat People” etc. get totaled up in one entry per song.

* Songs that were substantially rewritten count as different entries. “I Am a Lazer” and “Scream Like a Baby,” the two Candidates, ” “Tired of My Life” etc.

* “Sweet Thing–Candidate–Sweet Thing” is one song.

* The Iggy Pop rule: if an album by another artist is produced, performed and majority-composed by Bowie, you can list it as an album. Why you’d want to include an Iggy Pop album in your Bowie Top 10 is another story.

This entry was posted on Wednesday, October 28th, 2015 at 9:25 am and is filed under Chapter Ends. You can follow any responses to this entry through the RSS 2.0 feed. Both comments and pings are currently closed.