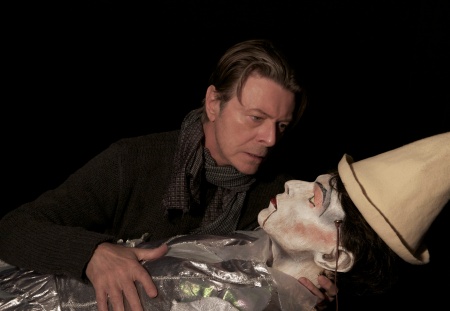 Bowie’s public relationship with love is one of a man who’s never shaken his suspicions. There were times when he’d write a “Letter To Hermione” or a “Be My Wife” in his soul’s winter hours, “The Wedding” to crown a summertime. But the garden-variety love song has rarely interested him, nor has he done them well. A key song remains “Soul Love,” which he wrote when he was 24 and which, seemingly, became the guiding principle for much of his adult life.

Love, in “Soul Love,” is a plague, an infestation, a communal delusion. Love manifests itself, it binds and corrupts, it blinds and weakens. Love is a thing unto itself, not a feeling shared by two people; it’s summoned into existence like a djinn from a bottle, or born like some ill-starred child. It wreaks havoc by doing just what you wish it to. Black magic. How does the line go again? It’s not really work: it’s just the power to charm. Best to keep clear of it.

“Love Is Lost,” one of the great tracks on The Next Day, finds an older man talking up the years to an older self. “It’s the darkest hour,” he begins, mainly hovering on the root note. “You’re 22.” The year when he and Hermione broke up, the year when he wrote “Space Oddity.” When you’re developing as an artist, when “your voice is new,” that’s when love can really fork you off the path, send you off into the woods.

(In 1979, a 32-year-old Bowie told the interviewer Mavis Nicholson that where he’d once fallen in love easily, he now avoided it. If he were to love, he’d do so from “afar.” “But if you then decided to not love from afar, you, as an artist, would have to give up quite a lot of your time for them,” she said. “Yes, and I can’t do that,” Bowie replied. “No, no, love can’t get quite in my way. I shelter myself from it incredibly.” “What are you sheltering yourself from?” “From losing the other eye!”) 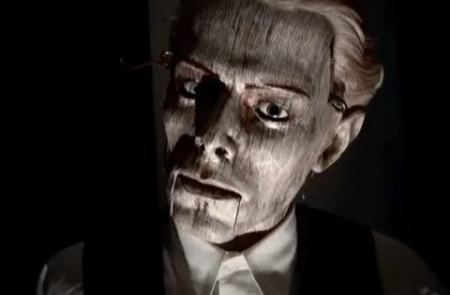 The refrain, merely the last bars of the verse, is a spin of words: love is lost, lost is love. Echoes come from everywhere, books (Love’s Labour’s Lost), lost friends (John Lennon’s “Love“: “love is real, real is love”) and, of course, “Soul Love” again: all I have is my love of love, and love is not loving. The last phrase bites the hardest. Love is not loving. Lost is love. Love only exists when it’s absent.

The music deepens the trap. Crouched in a bleak B-flat minor (the key of “Let’s Dance”—recall how much work Nile Rodgers had to do to drag that song onstage), the only movement comes from a descending eighth-note bassline (G#-F#-Eb) and Bowie’s organ, on which he keeps the same hand shape and moves it down the keyboard, keeping to black keys, playing two-note chords.* It’s how Bowie wrote “Changes” and “Bombers” and other piano pieces during his compositional breakthrough of 1970-1971—hold one position, then move around the board like a chessman. See what happens.

And yet more echoes: Tony Visconti “Harmonizing” the tone of Zachary Alford’s snare to summon the loud ghosts of Low. Or Gerry Leonard’s lead guitar, which he wanted to sound like Peter Green on old Fleetwood Mac records. Or the refrain of “Sexy Sadie,” heard in the later verses: what have you done? oh what have you done? (“You made a fool of everyone,” a ghost sings back.)

The first verse was a warning, but the kid paid the old man no mind. So a set change. Now the kid’s in love and Bowie, having used images of refugees, exiles and wanderers throughout the album, recycles them again. (“Hostage, transference, identity,” as he described “Love Is Lost” to Rick Moody.) “Your country’s new, your friends are new.” Being in love as having to live under witness protection, of love being the half-life of an ex-spy or a defector, someone rewarded for their treachery. New house, new maid, new tongue (the way Bowie snaps “ack-scent” into two sharp little syllables), new eyes, new teeth (one presumes). But the same swindled old soul.

Bowie uses the bridge, as often on this album, as a feint, a false ray of hope. A grand move to E major, escape at last. (The engineer Mario McNulty: “One part he played on the bridge of “Love Is Lost” made me shiver. The chord progression came out of nowhere when David put it down on the Trinity; it was pure magic.“) But the perspective remains back in the safe house; it’s someone looking through the blinds to spy upon the street, or staring into the mirror. Love as an induction, as a maze with no exit; after eight bars, an A major chord sends you hurtling back down to B-flat minor again.

“It’s not about a love affair but how everyone has cut down their feelings in the internet age,” Visconti offered, in one of his duller readings of Bowie’s work (but who knows, maybe an earlier lyric had Bowie complaining about Facebook). The last verses, where Leonard’s guitar thrashes into life and Alford moves to his cymbals, retain the spy/refugee imagery but cut in images from an asylum. Love is like being held in an isolation cell, interrogated endlessly, the lights always kept on, no sleep.

And then the voices. Bowie’s love of the grotesque has been a constant of his life, from the Dalek rant of “We Are Hungry Men,” to the gargoyles of “After All” and “Bewlay Brothers,” to the smacked-out mumbler on “Ashes to Ashes” to the bedlam shrieks in the 1. Outside tracks. Here his backing vocals are, as he sings, “the lunatic men,” the goon squad (they’ve come to town—beep beep!) who torture those trapped in love. Say HELLO HELLO! they chant, working the winches (“hello! hello!” a Silesian choir sings, on a record playing in a haunted chateau in 1976). TELL THEM ALL YOU KNOW! and the last rising waves of You KNOW…YOU KNOW! …YOU KNOW! …YOU KNOW!

It’s a hell of one’s happy devising. The old man tried to warn you, but look what you’ve gone and done. No use. Hard stop. Cut lights. Strike set.

James Murphy’s remix of “Love Is Lost,” which Bowie (or at least his financial adviser) considered essential enough to include on his most recent hits compilation, took the song out of its box, lengthened it to nearly 10 minutes.

To a track already freighted with the past, Murphy layered in more callbacks, scribbled more lines upon the palimpsest. Most notably Steve Reich’s “Clapping Music” (hence the subtitle), which becomes the fulcrum of the new beat, and, of course, Roy Bittan’s keyboard line from “Ashes to Ashes,” which appears like a special guest on a variety show, entering at a peak moment to rounds of applause. Murphy reversed the song’s mood-charts. The verses now seem sharper, more aggressive, where the bridge, instead of offering escape, becomes the cold heart of the track—Bowie’s vocal, freed from the major chord underpinnings, is left morosely hanging like a pennant in the air.

The video (for the single edit—the full edit got another one, which appeared to have scenes from a corrupted virtual reality sex program) was yet more attic-clearing. Grotesque puppets intended for “The Pretty Things Are Going To Hell” in 1999 are pulled out of their crates, dumped on the ground, looking like exhibits from an opening that never was, while Bowie stands in the bathroom of the “Thursday’s Child” video. He’s back in somber curator mode, a quiet contrast to the warlock face he makes by using Tony Oursler’s video projectors again (see “Where Are We Now?”)

He shot much of the video himself, reportedly turning a darkened corner of his office into a set and filming the whole thing for $12.99 (the cost of a new USB flash drive). There’s so much of the past racked up now that you can use it nearly for free.

Recorded: (backing tracks) ca. 3-15 May 2011, The Magic Shop, NYC; (overdubs) spring-fall 2012, Magic Shop; Human Worldwide, NYC. Released on 8 March 2013 on The Next Day; the Murphy remix first appeared (in full) on The Next Day Extra (released 4 November 2013) and also issued as a limited edition single (both full and single edits) on 16 December.

* The piano sheet music has the verse progression as Bbm/Bbm7-Ab/Gb5/Gb6. On keyboard, Bowie’s playing Bb-Eb, Ab-Db, Gb-Bb, Eb-Ab. Thanks again to “Crayon to Crayon” for insights.

This entry was posted on Tuesday, September 1st, 2015 at 10:24 am and is filed under The Next Day: 2013. You can follow any responses to this entry through the RSS 2.0 feed. Both comments and pings are currently closed.

51 Responses to Love Is Lost