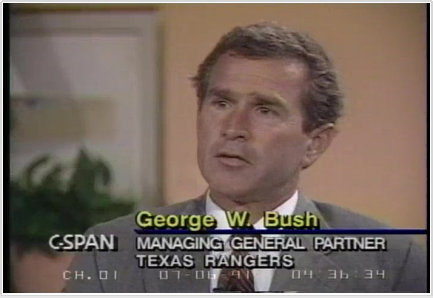 In December 1990, Bowie and EMI divorced, with mutual recriminations. Bowie groused about what he considered poor promotion of Never Let Me Down and Tin Machine, while EMI pointedly noted that the best-charting Bowie album of the past half-decade had been a Rykodisc reissue (ChangesBowie had hit #1 in the UK the past March). Bowie’s world tour in 1990 did little to promote any EMI record. Now Bowie was offering them another Tin Machine album, and one with such enticements as “Stateside” and “A Big Hurt.” EMI passed; Bowie split.

Though he’d loved to complain about his labels, Bowie had been built, in part, by RCA and EMI, by their worldwide sales channels, their sacks of promotional dollars. The labels had been irritated about putting out a Low or a Tin Machine, but they still bought trade ads and in-store promo material for them, they still made the records available for someone in Kankakee to buy, they still had pushed them on the radio, if indifferently. If clueless and occasionally corrupt, the dinosaur labels that had released the bulk of Bowie’s oeuvre had provided a level of patronage that’s inconceivable for a musician of Bowie’s bent today. Even Bowie would never have its like again—he spent the Nineties as a free agent, jumping from label to label, sometimes going it alone, always on the hustle, and so offering a preview of the lot of the average pro musician in 2012.

So in 1991, for the first time in nearly 25 years, Bowie didn’t have a record deal, and all he had to sell was a waning commercial reputation and some promo mixes of Tin Machine II. His back catalog, having been freshly licensed off, couldn’t be used as bait. So amidst filming The Linguini Incident and an episode of Dream On (the latter had one of Bowie’s best camp performances), Bowie wearily flogged TMII to a number of labels.

Around March 1991, he found a taker. Victory Music was the first-ever US-based label launched by a Japanese company, the electronics giant JVC. With former Atlantic Records exec Phil Carson hired to run it, Victory pursued a cut-rate strategy of picking up “classic rock” icons past their prime. Hence its first signings: Emerson, Lake and Palmer and Tin Machine. (Victory would soon sign Yes and Paul Rodgers, then mercifully expired around 1994).

As Tin Machine II would be Victory’s first big release, the label wanted the Machine back in the studio to shine up the record and to cut another prospective single. Unfortunately, these sessions were run by the albatross of Bowie producers, Hugh Padgham. Padgham had a career of making smashes for other pop stars but for Bowie, for whatever karmic reasons, he produced Tonight and “One Shot.” 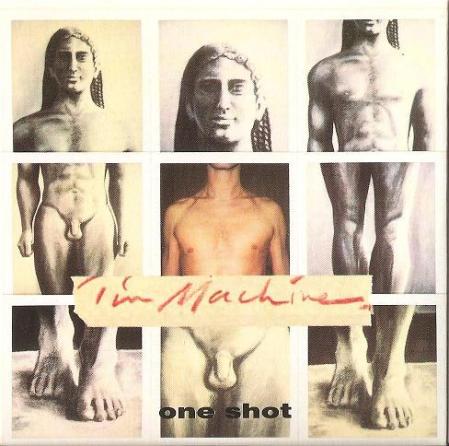 If “Goodbye Mr. Ed” was Tin Machine in their best light, “One Shot” was hard evidence of why they needed to die. It’s an airless box of a record. To be fair, the band is merely dull here, with Padgham’s production doing them no favors. Bowie was the main villain of the piece, offering a garish, grating vocal in the service of a thuggish, cliche-strewn lyric (“ten dollars tore us apart…one shot put her away“: there’s livelier writing on James Patterson book jacket copy).

Ian MacDonald once said that a tell of when Lennon and McCartney were slumming as lyricists was when they sang about buying their girlfriends jewels, and there’s something analogous in Bowie’s writing in this period—when inspiration falters, some girl gets smacked around. Call it Bowie working out some mid-life frustrations, channeling a stillborn character that he could never realize, or attempting another spavined roundabout critique of domestic violence. The cumulative effect of these songs was a general sourness, a coarseness; they had the stink of a cheap fantasy, third-hand caricature.

The lyric, a meager thing dragged out across two verses and three bridges (Bowie repeats all of his stanzas to pad out the song), contrasts a hard-knock couple locked in some firetrap of their own devising with a softer dreamworld—their recollected former life or how society sees them from the outside (the bridges: “look out on a green world/windows and wives“). But Bowie’s writing is so vague here, using the emptiest of lines to hit emotional peaks, that when the guy eventually shoots his wife (or as Bowie sings it, “put her ah-way-uh-hey-hey!“) the song offers nothing. No remorse, no anger, no disgust, not even would-be badassery. It’s a paper doll killing another paper doll, but here the dollmaker thinks it has pathos.

Rock & roll lyrics often use minimal language to sound emotional truths, with the cliche, when deployed well, serving as a narrative twist or a grace note, an undermined joke. Bowie’s lyric here can’t even rise to the level of a film noir cliche, as is the apparent intent. He rhymes “meanest” with “pieces”; the dead wife was a “spitfire” who gave him “hot love” (was poor Marc Bolan exhumed for this thing?) Bowie’s vocal (double-tracked an octave apart) generally worsens his lines—he gives an empty-shell bravado to the title line, while there’s a constipated straining to hit the high notes in the third verse. On stage, Bowie acted as though “One Shot” was a cover whose lyric he was recalling while he was singing it, much to his frustration.

The band first cut “One Shot” during the 1989 Sydney sessions for TM II, then revised the track with Padgham in Los Angeles. The earlier versions of the track have close to the final lyric, but are taken at a slower tempo and set in a different key, with Gabrels trying out various guitar tones and solos. To be fair to Padgham and the Machine, the final version and mix at least are passable, with some structural variations added—the vocal-and-drums-only third verse; the change of lyric for the third bridge repeat.

There are a few things in its favor. Gabrels’ guitar solo, which Tony Sales described as “smooth, sax-like,” has a nice melodic arc to it. (That said, Gabrels erases any accrued goodwill with 56 bars worth of skronk soloing in the outro, which was trimmed by a minute in the single edit.) The vocal harmonies in the intro and chorus show how much an undeveloped aspect of the Machine that was—Bowie never deployed the Sales brothers well as singers, whether as straight support or as the goon chorus of Iggy Pop’s “Success.” And the minor-key bridges, with Bowie’s softly ascending phrases and Gabrels’ guitar ostinato, serve as respites to the hectoring verses.

Still, after all of the bluster about Tin Machine, about how radical they were, how hard they pushed an audience, how uncontrollable a force they were, how they were a knives-out democracy who bloodied Bowie but got him out of the Eighties, here Bowie is in March 1991, back with Hugh Padgham, grinding out tepid, sour corporate rock. Which lacked even the comfort of sales, as TMII flopped. It’s as though Bowie had fallen into a wormhole and found himself in 1986, grubbing again for radio play, trying to seem “relevant” by being vulgar, making an Eddie Money gangster record. (There’s a dated pop sound to the final mix (it slightly jars with the rest of TM II) with Hunt Sales’ snare suddenly sounding like Phil Collins’.)

Consider the world that “One Shot” was sent into: Nevermind about to be released, Slanted & Enchanted and Loveless and Select Ambient Works and The Chronic about to write the grammar of the new decade, the pop charts alive with clatter and sparks. Some of Bowie’s contemporaries were woken up. Neil Young was doing feedback concertos to rival Sonic Youth; Bob Dylan was holed up in his garage taping old murder ballads; even the Stones put out a half-decent Gulf War protest single. Where was Bowie? Making tatty proof that he’d lost the plot. One of Bowie’s most aesthetically bankrupt records, “One Shot” was the dead-end that he’d banged on about in his lyric.

Recorded March 1991, A&M Studios, Los Angeles (the earlier versions likely came from the Sydney sessions in late 1989 and possibly from various 1990 sessions). Released as TM II‘s third single in Germany, Japan and Australia (there was only a promo single released in the US).

This entry was posted on Tuesday, September 4th, 2012 at 10:29 am and is filed under Tin Machine II: 1991. You can follow any responses to this entry through the RSS 2.0 feed. Both comments and pings are currently closed.

23 Responses to One Shot