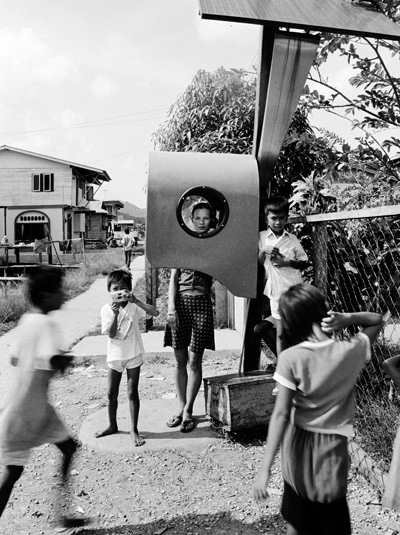 Unknown before surfacing on bootleg in 2008, “Exodus”* is another of the “surf” instrumentals that Tin Machine was playing around with (see “Needles on the Beach”). While no lost masterwork, the track’s general jauntiness, Reeves Gabrels channeling Robert Fripp on Eno’s “St. Elmo’s Fire,” Tony Sales’ exuberant bassline and Bowie (or Kevin Armstrong) subbing for Hunt Sales’ cymbals via a rapid-strummed acoustic guitar, gives “Exodus” a life and a bright spirit that’s missing from a few tracks that made the cut for Tin Machine II.

* The title is possibly a bootlegger’s. It’s unclear what was intended for the track—another instrumental like “Needles”, or as a rhythm track for a scrapped or redesigned song.

This entry was posted on Thursday, July 12th, 2012 at 9:32 am and is filed under Victory and Savage Years: 1990-1993. You can follow any responses to this entry through the RSS 2.0 feed. Both comments and pings are currently closed.