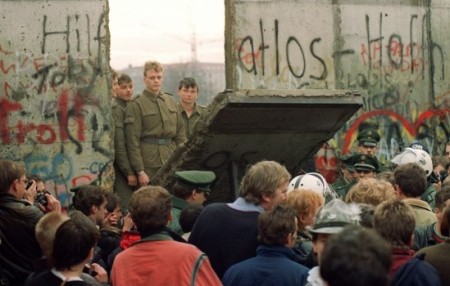 Another regular cover in the first Tin Machine tour was the band’s typically brass-knuckled take on Johnny Kidd’s “Shakin’ All Over.” Released in 1960 into a British pop market that had offered Cliff Richard as the UK’s answer to Elvis, Kidd’s “Shakin’,” with its lust-addled vocal, its creeping bassline and its cranked-up guitars, hit like a cannonball: “Shakin'” soon reached #1 and British rock bands would spend the next decade trying to live up to it (Led Zeppelin played a number of Kidd songs in their early rehearsals, while the Who kept trying to crack “Shakin'” on stage).

According to a tongue-in-cheek recollection by the track’s lead guitarist Joe Moretti, “Shakin’ All Over” began as the less euphonious “Shakin’ All Over Except For My Left Foot.” The inspiration was Kidd’s reaction upon seeing a pretty girl—she puts the quivers in me membranes!—and for the song Kidd kept in the passive role, a victim of erotic circumstance. As Tom Ewing wrote, “in a sense “Shaking All Over” is a premonition of the Stones—English boys turned wild by rock. But Mick Jagger sang as a predator, focusing and using his lust: Johnny Kidd feels the same energies but he can’t control them.”

With “Shakin'” originally intended as a B-side, the band was relaxed and loose for the take, which contributed to its spooky energy. Moretti’s solo, though preceded by an ill-timed drum fill that was left in to pad out the track, remains a marvel (it’s reminiscent of Vic Flick’s playing on Adam Faith’s “Made You,” though “Shakin'” was cut before the Faith track was released). Mick Ronson paid homage to Moretti by playing some of his lines in Bowie’s cover of “I Can’t Explain” on Pin Ups.

Bowie had a history with the song: he had played “Shakin'” with some of his early bands (the Lower Third had opened for Johnny Kidd at the Isle of Wight, in the summer of ’65), as well as in the early 1970 Haddon Hall rehearsals that had generated most of the songs for the Man Who Sold The World. (Bowie reconnected with the drummer from that era, John Cambridge, at the Bradford gig on 2 July—Cambridge told him the lyric, which Bowie said he’d forgotten.)* But playing “Shakin'” with Tin Machine, Bowie just oversang, blowing his voice out on the choruses. Similar to their “Maggie’s Farm,” the Machine turned “Shakin'” into a mash-up, here a Fifties rock ‘n’ roll catch-all, with Kevin Armstrong playing Duane Eddy riffs throughout while Bowie seemed on the verge of spinning into other “period” hits—“Whole Lotta Shakin’ Going On” and Sam Cooke’s “Shake”—as if he was back on the Cher Show.

So the Machine took a 1960 track that sounded like nothing else from its era, a proto-modernist hard rock groove song, and turned it into an “oldie”; the audience cheered them for it. In the 1991-92 tour, Bowie incorporated “Shakin'” into his long “Heaven’s In Here” medleys.

The Machine played “Shakin'” in most of the UK dates of their 1989 tour, starting with the National Ballroom in Kilburn on 29 June. A version from Newport, Wales (1 July 1989), was released two years later as a B-side of the 12″ single version of “You Belong in Rock ‘n’ Roll” (LONX 305)

* This was an odd claim, as Bowie had sung “Shakin'” a few times before Bradford. Perhaps he’d just been mumbling his way through the lyric before then.

Top to bottom: the Wall comes down, Berlin, November 1989.

6 Responses to Shakin’ All Over