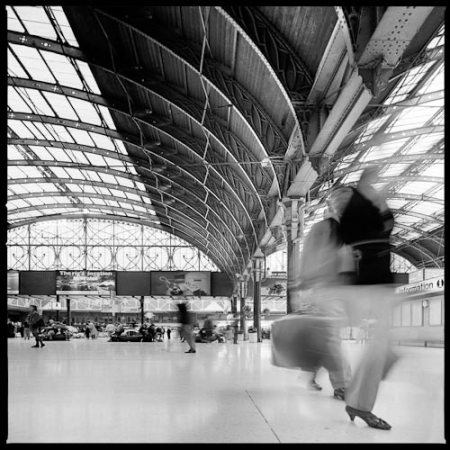 Bowie, a keen judge of his own work, singled out “I Can’t Read” as the best song on Tin Machine: he brought up the track in mid-Nineties interviews as an example of what Tin Machine had gotten right, and he revised it in 1996, keeping it in his live sets for the rest of the decade.

As Tom Ewing wrote about “Ashes to Ashes,” Bowie’s pop was always at its strongest when it was him alone in his house of mirrors, and “I Can’t Read” is the Beckettian epilogue to Bowie’s run of songs-of-songwriting: “Quicksand,” written at the early vertiginous height of Bowie’s compositional powers; “Sound and Vision” where a weakened Bowie summons a possibly-departed muse; “Ashes”, where Bowie entombed himself in his work. “I Can’t Read” is the end of the line—a man bled clean of inspiration, left only to mutter curses at an audience that inexplicably wants something more from him.

“I Can’t Read” came out of Bowie’s summer 1988 demo sessions with Reeves Gabrels (who co-wrote the music) and it stings of the wounds left from the Never Let Me Down/Glass Spider debacle. With that record and tour, Bowie had thought he’d ended his creative drought: Never was supposed to be his grand counter-move, his third-quarter rejuvenation. But the critics had disliked it, the public had been indifferent to it. He had played for stakes and lost. In the past, even when he felt dried up, he had tacked down and delivered. This time it just didn’t work, he had failed to eclipse himself; he faced the hard prospect that he could no longer write well.

As always with Bowie, there are mirrors reflecting mirrors—it’s a mistake to consider “I Can’t Read” being directly autobiographical. Rather, “Bowie-the-composer” had been a reoccurring character in his songs, whether as a central figure or popping up in Hitchcock-esque cameos (as in “Life on Mars?,” whose last verse ends with the camera rolling back, revealing “Bowie” as the director giving cues to his mousy-haired lead actress (“it’s about to writ again/as I ask you to focus on…“)). If Major Tom had been Bowie’s symbol of the lost promise of the Sixties, Bowie-the-composer had been his aesthetic surrogate, as “Nathan Zuckerman” was for Philip Roth, the vehicle through which Bowie showed the struggles of a belated artist, of being an inheritor wandering through an abandoned property, or, as here, being an emptied man in a dry season.

In “I Can’t Read” Bowie has illiteracy stand for creative barrenness—it’s a latter-day illiteracy, as a facility which had once come so easily is now lost. “Bowie” tries to capture a melody he’s come up with, but finds he can’t read music anymore, that he can’t play it, that even the constituent parts of music—the flats and sharps, chords, guitar tones, vocal phrasings—no longer make any sense. Much of the track is howling waves of feedback, as though noise is the only sound that Bowie can still find any meaning in. He watches TV, flicks from cop show to newscast. Going for a jog, he sees himself on a magazine cover. He’s a man reduced to his famous face, a mask with nothing behind it.

There are tastes of his former glories in the lyric: “countdown” calling back to Major Tom, or another reference to the buried “Shadow Man.” And Andy Warhol, having died in 1987, appears as a ghost. The obvious reference is Bowie’s tribute to Warhol from nearly two decades earlier. There Bowie had held all the power, dancing Warhol through his song like a marionette, using Warhol’s maxims about art and fakery to build his own plastic rock singers. Now Bowie’s reduced to arbitration: Andy, where’s my fifteen minutes? If all that remains open is a cheap celebrity high, come, let’s have it.

The only means forward is to move at a crawl, with a song that sounds like it’s going to collapse after every verse. “I Can’t Read” takes nearly a minute to get started: a basic 4/4 drumbeat, an occasionally querying bass, squalls of feedback. Finally Bowie begins to sing, keeping on a single note (just above the chord, E minor’s, root note) until he sinks a step down to close each phrase (“I-can’t-read-and-I-can’t-write down“). It’s a voice drained of any audible emotion, just a blank, observational tone; it’s like a man who’s survived a car crash calmly recounting the details to a policeman. Each meager vocal phrase trails off, leaving empty bars for Gabrels to fill—first with a primitive grinding riff, like a car stuck between gears, then even more inchoate lines.

The chorus finally comes, summoned by Hunt Sales’ table-rapping. Bowie, roused momentarily from his stasis, soars up a fifth and sounds light-headed. “I—can’t read shit anymore…I just can’t get it right, can’t get it right,” delivering the latter lines in a mocking sing-song, as though he’s taunting the listener. You want a melody? Here: blah blah blah. (The chords are also meat-and-potatoes rock & roll, just I-IV-V all the way through). And then, as if he can feel pain in his bones again for a moment, Bowie suddenly closes the chorus in exasperation: I CAN’T read SHIT, I CAN’T READ SHIT.

There seems nowhere to go next. The players meander, decide on running through the long intro again, but there’s the sense that anyone could just stop playing and let the song expire. You wonder if Bowie’s done with the thing too, but he comes back for another verse and chorus. After the last I CAN’T READ SHIT, the song is finally allowed to die.

For once Tin Machine makes sense, as the players’ indulgences, their lack of a common language, act out the song’s mood of self-loathing and resentment. The hiss of Hunt Sales’ ride cymbals in the chorus, his intrusive fills, add a cracked joy to Bowie’s admission of defeat. Tony Sales’ bassline hook in the chorus suggests Trevor Bolder’s jaunty line that drove “Suffragette City”: it’s as if the sound of Bowie’s past triumphs is eating through the recording. Kevin Armstrong, again low in the mix, adds perspective and nuance, sometimes paralleling the barely-there vocal melody on guitar. And the exuberant noise that Gabrels crafts is the counterpart to Bowie’s dispassionate vocal. It’s the way out, staring in Bowie’s face the whole time.

Bowie revised “I Can’t Read” as soon as he began playing it live. He told an interviewer that the Tin Machine tracks were works in progress, that the album versions of the songs were just initial attempts to capture them, and that the songs would be developed further on stage.

So in their short 1989 tour, the Machine slowed the tempo (the original “Read” goes at a fairly fast clip), letting it brood, as if to make the song more purgatorial, with Bowie throwing in lines from Dylan’s “Maggie’s Farm” (which they were covering at the time). In 1991, the Machine flayed “Read” open on stage, letting Tony Sales’ bass sing through the intro. They gave it pantomime—Gabrels played a police car wail over the “watch the police car” line, Bowie mimed being crucified while singing “when you see a famous smile”—especially in the chorus, which they trashed up, making it sound like a piece of a Ziggy Stardust outtake, killing it off as it crested.

Bowie’s studio revision of “I Can’t Read,” recorded during the Earthling sessions in mid-1996 (he gave a preview of the new version at the Bridge School Benefit in California later that year), was intended to give the song a second chance to find an audience, so he sweetened it, gave it a studied melancholy, anchoring the verses on acoustic guitar strums, with Gabrels having an elegant acoustic solo midway through, and calming the mood with washes of synthesizer. The new “I Can’t Read” was tasteful (“I can’t read shit” had already been replaced by “I can’t reach it” during the live Machine shows): it was somber, proper music for exit titles, which it literally became, for Ang Lee’s The Ice Storm. Bowie altered the lyric, moving the second verse to the last, while in his new second verse, he replaced lines that had the soreness of memory with those filled with empty abstractions: Can I see the family smile? Can I reach tomorrow? Can I walk a missing mile? Can I feel, can I please? It was dull and false, an odd misreading of his own work. Even Warhol had gone missing.

Bowie rallied, though, restoring “I Can’t Read” to its original form for the “Hours” tour in 1999 (Bowie sang the Warhol line with venom this time, as if cursing over Warhol’s grave) and the chorus had a quiet majesty to it, a sense of faded glories being collectively recalled.

Yet none of these rewrites and rethinks surpassed the original, merciless Tin Machine version of the song. Recorded in under an hour one night in Nassau,* the original “I Can’t Read” is a singer dully picking at a wound while his band ignores him, screaming to themselves around him. Bowie’s long bid to reclaim his title in the Nineties is inconceivable without him having first made “I Can’t Read”—it was a reckoning, an exorcism, a confession; a song in which failure became a muse.

Recorded at Compass Point Studios, Nassau, Bahamas, ca. November-December 1988. The live version recorded on 25 June 1989, at La Cigale, Paris was a B-side of the 12″ single version of “Tin Machine.” “I Can’t Read” was remade during the Earthling sessions in August-September 1996: it was released as a single (Velvel Records/ZYX 8757-8, #73 UK) in December 1997 and also appeared on The Ice Storm soundtrack.

* Either during a “gothic deluge” of a tropical storm (Trynka) or “under a full moon” (Buckley). Or perhaps on a less dramatic evening.

This entry was posted on Thursday, May 17th, 2012 at 11:03 am and is filed under Tin Machine: 1989. You can follow any responses to this entry through the RSS 2.0 feed. Both comments and pings are currently closed.

34 Responses to I Can’t Read