The Secret Life of Arabia 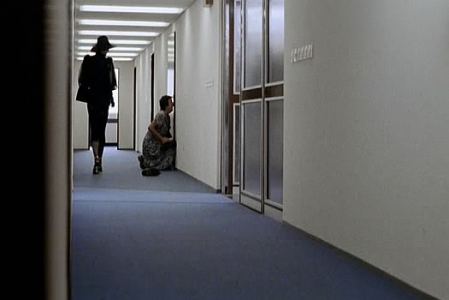 The Secret Life of Arabia.

The sequencing of “The Secret Life of Arabia,” an album-ending track that comes as a baffling tonal shift, the song incompatible with everything else on “Heroes,” works if you consider “Neuköln” the true album closer and “Arabia” a trailer for Bowie’s upcoming “exotica” LP (the song could’ve been titled “David Bowie Will Return In Lodger“). For listeners at the time, lacking the benefit of retrospect, the appearance of the goofy “Arabia” served as a tasteless mood-killer or, for some, a happy respite from the somberness of “Heroes”‘ instrumental side.

Mainly assembled during the early “Heroes” band sessions, “Arabia” is a throwback to the improvised funk workouts of Young Americans and Station to Station, with Carlos Alomar getting his only songwriting credit on the record (the two main guitar riffs, the harshly-strummed opening and the disco riff that makes the choruses swing, are classic Alomar: concise and rhythmically incisive). “Arabia” also has one of the LP’s best grooves, with George Murray in particularly inspired form (the Clash’s “The Call Up” sounds like a sped-up variation of the backing track).

It’s a D minor vamp that mainly consists of a pair of choruses colliding together, while two six-bar verses with Bowie in self-mocking form (“I walk through the desert song when the heroine dieeees“—it foreshadows Mick Jagger’s equally bizarre Bedouin reverie in “Emotional Rescue”) are stranded in the middle. “Arabia” ends with a shameless bit of padding, a four-bar refrain repeated nine times (with handclaps and sometimes a vocal hook) and then what threatens to be nearly the entire song replaying again, only faded out at a random moment.

Bowie’s vocal seems a checklist of past affectations, from the out-of-nowhere Cockney “uh-RY-bee-uh” to the sub-woofer vocal line mixed under some phrases (like “secret life ever green”) to the calisthenics of his opening lines, Bowie stringing out the title phrase over an octave jump (“the-SEE-CRET”) and fall (“life” to “bia”). There’s an infectious goony joy to much of it, helped when Antonia Maass (and possibly Eno and Visconti) turns up on backing vocals, somehow keeping a straight face.

This entry was posted on Friday, May 13th, 2011 at 9:23 am and is filed under "Heroes": 1977. You can follow any responses to this entry through the RSS 2.0 feed. Both comments and pings are currently closed.

26 Responses to The Secret Life of Arabia