Where Have All The Good Times Gone 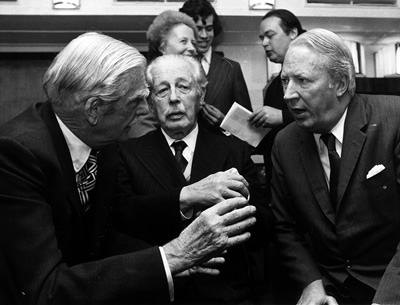 “Where Have All the Good Times Gone” was the B-side of the Kinks’ November 1965 single “Till the End of the Day” and soon afterward was tucked away on the LP The Kink Kontroversy. It’s one of the first Ray Davies compositions to suggest Davies’ primary theme for the ’60s: “ordinary” English people’s reactions to a shifting world that they no longer quite understood. In “Good Times Gone,” a kid faces frustration and loss for what feels like the first time in his life, and so he turns inward; feeling old, he waxes nostalgic for a youth that he discarded the day before. He can even empathize with his parents, who he’s now able to imagine as being human, too, and pining for their own youth.

The song’s also a wry comment on the London pop world, ca. summer 1965, which was moving from regional scenes to cross-Atlantic mass audience fare, from the Liverpool docks to the Hollywood Bowl. In particular, it’s a slight send-up of the Beatles’ world-weary “Yesterday.” Davies first hints at this in the second verse (“let it be like yesterday,” he sings with a groan, while the song, which has been mainly shuttling between the home key G and F, moves briefly to A) while his last verse almost directly quotes from McCartney’s lyric. (The Stones get a nod, too, with “time was on our side.”)

Bowie’s cover is dominated by Mick Ronson, who, after nodding out in the last few Pin Ups tracks, seems back in form. Ronson heralds the first verse with a long slide down his guitar neck, and he fills the verses/choruses with a simple, nagging riff, a push from F to G and back. The riff and Aynsley Dunbar’s drums give some muscle to the song, whose original performance was ramshackle even by Kinks standards.

Van Halen did a cover on their 1982 filler LP Diver Down (David Lee Roth sang the lyric with indifferent contempt, sounding like a malicious wedding toastmaster—watch him almost roll his eyes while he sings “will this depression last for long” in the live clip here). It seems far more inspired by Bowie’s version than the original, with Eddie Van Halen unmistakably playing the Ronson riff.

Tomorrow (Jul. 29) marks the one-year anniversary of this blog, which I began on a whim and which I half-expected to abandon long before reaching “Space Oddity.” And somehow I’m still here, having made it from “Liza Jane” to nearly the end of Pin Ups. I’ll celebrate by going to NYC and avoiding the Internet for a few days.

Thanks in particular to Tom Ewing, who was one of the first to take note of the blog and helped give it an audience; Bowietweet, which graciously retweets pretty much every post I do; and anyone who’s left a comment or dropped me a line. Onward, onward.

Top: PM Ted Heath confers with the ghosts of Christmases Past during the economic crisis of late 1973.

This entry was posted on Wednesday, July 28th, 2010 at 7:31 am and is filed under Pin Ups: 1973. You can follow any responses to this entry through the RSS 2.0 feed. Both comments and pings are currently closed.

5 Responses to Where Have All The Good Times Gone