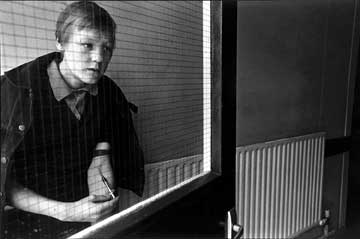 As young love often does, it sort of went wrong after about a year.

The other “Hermione” song Bowie composed in early 1969, “An Occasional Dream” replaces the studied heartbreak and intimacy of “Letter to Hermione” with a more stoic approach. Bowie was taken with Jacques Brel (his folk duo Feathers often performed Brel’s “Amsterdam,” which Bowie would later record), and “An Occasional Dream” has an attempted Gallic sensibility—a dead love affair is examined, pinned to a card and cased up. The singer seems to mourn more the passing of his beautiful youth than he does his departed lover.

“An Occasional Dream” is pretty enough, if it doesn’t have as memorable a melody or a vocal as “Hermione,” and it seems far more affected: the way Bowie swoons out the title phrase, or lines like “we’d speak of a Swedish room/of hessian and wood.”

The demo was recorded with John Hutchinson ca. mid-April 1969 (Hutchinson sings lines a bar after Bowie, or gives backing vocals, and gets the occasional lead vocal); it’s the best recording of the song, as the studio version, featuring dippy flute accompaniment, hissed interjections (“TIME!”) and a Bowie vocal that sounds like a Barry Gibb impersonation, is overcooked. It was cut ca. July-August 1969 for the LP Space Oddity. Bowie played “Occasional Dream” once on a BBC session on 5 February 1970 and then retired it.

This entry was posted on Tuesday, November 17th, 2009 at 11:47 am and is filed under Space Oddity (David Bowie) LP: 1969. You can follow any responses to this entry through the RSS 2.0 feed. Both comments and pings are currently closed.

One Response to An Occasional Dream