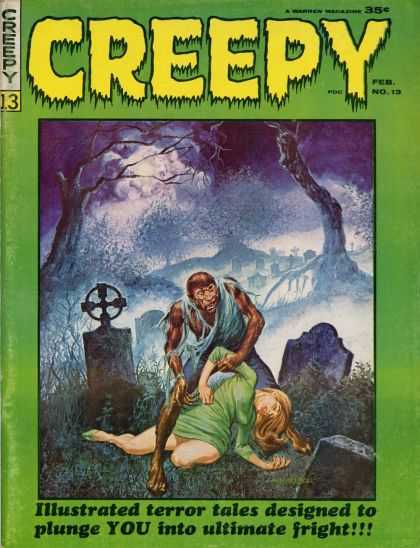 What I remember is Bowie standing there wearing a pair of cans with his collar turned up as if he was in the rain, hunched over, shuffling about in a box of gravel. And you thought Brian Wilson had lost it!

Gus Dudgeon, on the recording of “Please Mr. Gravedigger.”

“Please Mr. Gravedigger,” the last song on the David Bowie LP and the last recorded in the main sessions, is a graveyard soliloquy by a child murderer, accompanied by a series of sound effects—thunderclaps, raindrops, tolling bells, shovel scrapes, footsteps, cawks.

And sneezes. Bowie gets pretty Method with his character here, so that once he sneezes he has to sing the rest of the track in a snotted-up voice. After another juicy sneeze, Bowie sounds as though he’s shoved cotton into his nostrils.

Like “We Are Hungry Men,” “Please Mr. Gravedigger” is something of a radio play, complete with bizarre voices and sound effects. For the latter, Bowie was able to plunder Decca’s fantastic library of noises (much like the Beatles did with EMI’s vaults): the harvest of decades of radio productions, novelty LPs and horror/SF movie soundtracks.

The tone is the puzzle here—how seriously are we meant to take this thing? It’s overly gruesome and darkly comic, with its stuffy-nosed murderer (its title, and the skeleton of a tune that Bowie offers, seem to be playing off the UK pop oldie “Oh Mr. Porter“), but there’s also a horrible desolation to it, its lyric filled with images like a once-serene graveyard left shattered by a bomb—crooked death layered upon death—and a gravedigger with a strand of a dead girl’s hair in his coat pocket.

The storyline’s out of an EC horror comic like The Haunt of Fear: a man who has murdered a 10-year girl stands in a bomb-blasted Lambeth cemetery, watching an old man dig graves; the killer decides that he’ll need to murder the gravedigger (either for discovering his crime, or for taking a locket of his victim’s hair); as the track ends, he’s begun digging the gravedigger’s own grave.

It’s as if the characters and sounds of the rest of the LP—the children in “There Is a Happy Land” and “Come and Buy My Toys,” the eccentric loners in “Little Bombardier” and “Uncle Arthur,” the shadow play of “Hungry Men”—were all drawn together here and packed under the same dark earth.

Recorded 13 December 1966; on David Bowie. Bowie demoed “Gravedigger” in the same session in which he recorded “Rubber Band” and “The London Boys,” but it’s never been available, even on bootleg (apparently, it’s only Bowie and an organ, no sound effects). He also performed it on the German TV program 4-3-2-1 Musik Für Junge Leute in February 1968, but sadly the footage, which must’ve been wonderfully freakish, hasn’t survived.

This entry was posted on Wednesday, September 23rd, 2009 at 6:51 am and is filed under David Bowie (s/t LP): 1967. You can follow any responses to this entry through the RSS 2.0 feed. Both comments and pings are currently closed.