Sell Me a Coat 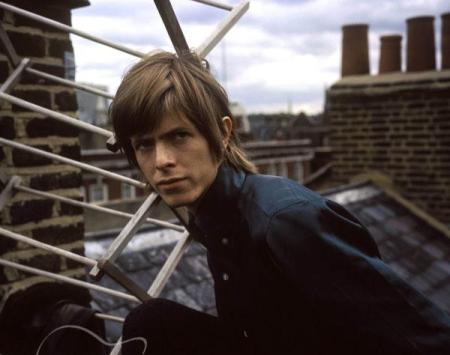 Well before Bowie’s first album was released, his manager Ken Pitt sent acetates to American musicians, hoping that Bowie, like Bob Dylan or Laura Nyro, could first get a name as a songwriter. Pitt sent “She’s Got Medals” and “Silly Boy Blue” to the Jefferson Airplane and Big Brother and the Holding Co. (both rejected both) and, in a sign he considered Bowie to fit into the “folk” niche, Pitt singled out Judy Collins, Joan Baez and Peter, Paul and Mary, to whom he sent everything from “When I Live My Dream” to “There is a Happy Land” (sadly, not “We Are Hungry Men”—a Peter, Paul and Mary version of that track would’ve been one for the ages).

No one wanted anything to do with Bowie’s admittedly odd songs. It’s surprising that they all rejected “Sell Me a Coat,” though, as it’s one of Bowie’s catchiest early compositions, with its nursery-rhyme chorus. Someone could’ve made a hit, a minor one at least, with these materials.

“Sell Me a Coat” is Bowie coloring within the lines—it was almost certainly written and produced to be a possible single. The verses’ melody is in a lower range, with Bowie singing phrases slowly and somberly; the chorus has a brisker tempo, is in a higher key and is made of short, punchy phrases (like the consonant “little patch pockets”). Overlaid onto all this are Bowie’s alternating images of winter and despair (the verses—his girlfriend has dumped him) and warmth and renewal (the chorus—he’s looking for a new one).

It’s almost too perfect, and so winds up feeling a little fake and cloying. Still, those qualities didn’t hurt a great many Top 10 hits. “Sell Me a Coat” is a girl dressed up for the ball who wound up with no dance partners.

Recorded 8 December 1966. A revised version (heard in the promo clip above) was made for Bowie’s promotional film “Love You Till Tuesday” in 1969, with new backing vocals from Bowie’s then-partners Hermione Farthingale (you don’t get names like that anymore) and John “Hutch” Hutchinson—the new version’s a mess, mainly because, due to odd mixing, the backing vox often drown out Bowie’s lead); on David Bowie.

This entry was posted on Tuesday, September 15th, 2009 at 9:45 am and is filed under David Bowie (s/t LP): 1967. You can follow any responses to this entry through the RSS 2.0 feed. You can leave a response, or trackback from your own site.

3 Responses to Sell Me a Coat